A guide for parents and students 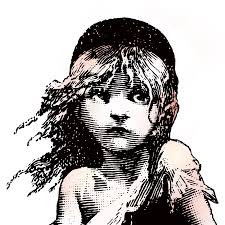 Campolindo has a rich tradition of producing Broadway Musicals. The wall of the choir classroom chronicles some of those productions as far back as the 80’s and musicals have been part of the program since the earliest days of the school’s history.

With the opening of the Campolindo Performing Arts Center came a new era as we began to stage more elaborate productions in order to take advantage of the new space with its professional ambiance and good lighting and sound equipment.

The Music Department produces one Broadway Musical each school year, usually with auditions in September, rehearsals beginning in December or January and performances in the second and third weeks of March.

The musical is an extra-curricular activity, much like a varsity sports team, so it is not part of the daily choral classroom work. The vast majority of rehearsal and other preparation time for the show takes place in the evening and on weekends.

This guide is designed for students and parents who have not participated in a Campolindo musical before and want to know what to expect. Each year’s production is a different experience and there may be deviations from how things are explained here, but this should give you a good overview of how it all works.  … see more.